What are Switched Beam Antennas?

Getting RF power or reach where you need it is a common challenge of radio systems. Switched Beam Antennas (SBA) can provide fast steering and high gain along with reduced size, weight & power for line-of-sight communications, as an alternative to complex, mechanically-pointed antennas and expensive phased-array antennas.

Read on to see if you should switch to the superior beams of SBAs.

There are many reasons why transmitting or receiving in all directions is undesirable. A variety of ways to achieve directionality exist, generally, by concentrating the radiation pattern into a beam. Furthermore, there are several ways to point a beam. So let's unravel the subject by starting with types directional antennas.

To achieve directionality, multiple elements and/or an aperture are required. 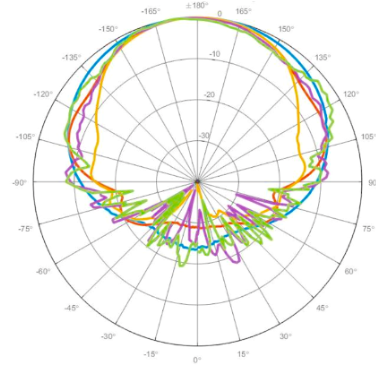 Dish and reflect-array antennas make a directional beam by reflection of the radiation from a single element, by a many-wavelength dish or grid. Their beams can be very narrow and tens of dB in gain.

Phased-array antennas make directional beams by combining signals from a grid of elements spaced about 1/2 wavelength apart. Here's an example radiation pattern of a beam pointed by a phased array, from an excellent article by Analog Devices:

No matter how you do it, beams rule in modern radio and radar systems.

There's another type of directive antenna from our partner COJOT -- as introduced in this video. Switched beam antennas contain twenty or more directional antennas that can be "switched" by serial or ethernet command. These elements have the ability to form several types of pre-set beam patterns, pointing all around the antenna.

An internal microcontroller makes it possible to switch directions and/or beams in just microseconds. 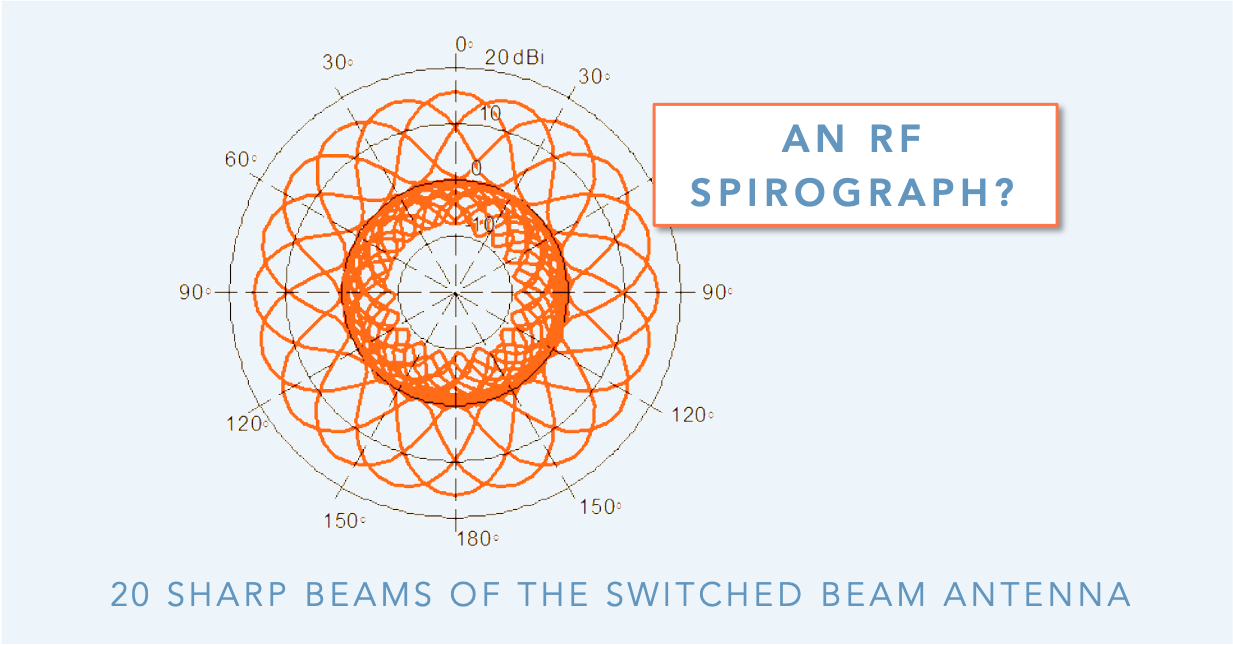 As seen in the graphic above, sharp azimuthal beams can cover an entire 360 degrees with little variation of max power.

Several types of SBA antennas are available covering bands from 1350-2700 MHz, 3400-3800 MHz, as well as WiFi 2.45 & 5.8 GHz bands. There are also Dual-polarization and High power-handling switched beam antennas for MIMO-communications.

Also, SBAs easily provide a variety of beam types, as seen in the graphic below, such as Sharp, Wide and Quasi-omni azimuthal beams (along with the common-to-all Elevation pattern).

More on these and other SBA beams in this blog post. 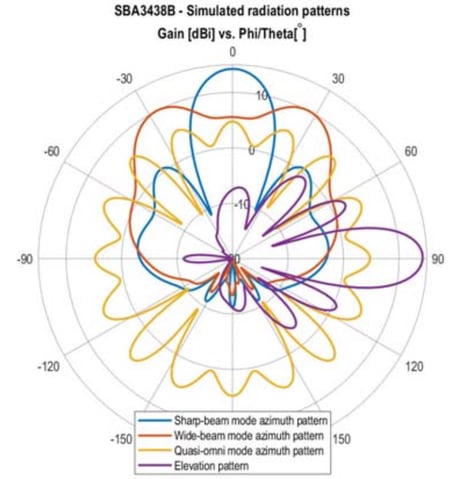 View our selection of Switched Beam antennas. If you don't see exactly what you want, L, S and C band variants are possible.

Contact Cyntony for your specific frequency, polarization and power-handling needs.

When is an antenna a wideband antenna?

When is a wideband antenna frequency independent?